The place to put pictures of your pride and joy - you can also post pics of your KR if you want!
Post Reply
142 posts

I was told that the bike with framenumber 1 and engine number 24 was displayed at the tokio motorshow in 1987
But i cannot confirm that
Engine cases are slightly diverend compared to other cases from kr1.
Kr1s C1 zeus blue
Kr1s c2 black green
ZXR400 SP
ZXR250A
Top 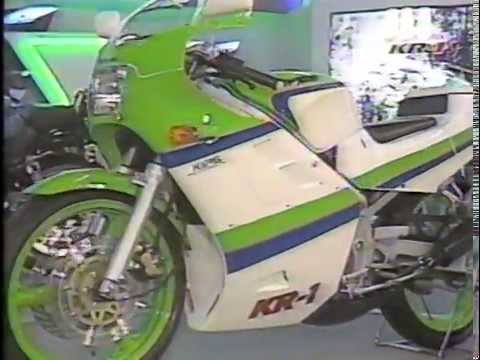 
Nice find Danny. The whole bike is shiny - not just the forks

Danny i have got a bike last week and its from second owner and has never been raced.
Frame number is kr250c-008001 and engine is 6341
This is confirmed by kawasaki dealer where bike was sold when new in 1991 (its a c3 model )

So higher frame number and quite low engine number

I have found to judge data held by organisations eg our department of motor vehicles with sckeptism
Records can be scanned and numbers transposed.
Even the inpectors first registering or later inspecting have been prone to getting numbers mixed or upside down even with 6 ans 9s or 14 vs 41 etc

there is a large gap in KR-1S chassis between frames 001600 and 007000ish where there never will be frames.
because I think we all agree only the engine numbers are contiguous series
Top

The engine number seems low in comparison to other C1’s
Guessing the R’s were offered with multiple engines, which further screws up frame / engine number correlation.
Do we know if either the R or the Zeus was produced in batches or where they to order?
Top
Post Reply
142 posts

Return to “Show Me Yours”